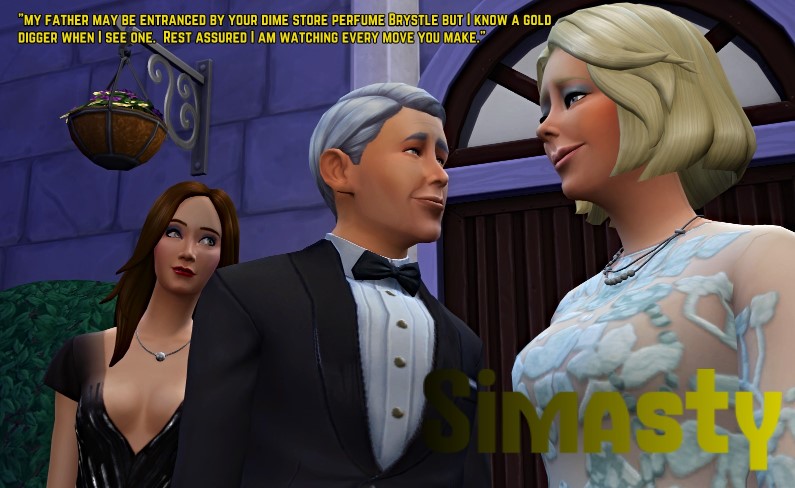 Not only are the lives of the rich and powerful featured in Simasty there is also the Drysdale’s, an ordinary working-class family whose lives are affected by the powerful Simmington clan. Let’s take a look: 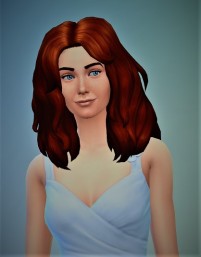 Malaudia Drysdale is wife to Mayhew and mother to young Mimsy. She and Mayhew have been together since they were teenagers which resulted in a teen pregnancy the first time they woohooed. The young couple moved in with Mayhew’s mother and she helped with bringing up young Mimsy.

Malaudia has always displayed very erratic behaviour and can often be found conversing with herself and her emotions are very unpredictable. When she started taking showers outside in the rain Mayhew decided, with the advice of his domineering mother, to commit his young wife to a simitarium where she could convalesce. This was to be the first of many such trips for the troubled Malaudia. In fact she has spent more time in recent years inside such facilities than outside of one and has missed out on much of her daughter growing up and also her husband becoming successful in his career at WindenburgSimmington. Mayhew’s mother has been instrumental in keeping Malaudia locked up as she has never believed she was right for her son. Now with Mayhew climbing the ranks as a marketing executive at WindenburgSimmington and Malaudia due for re-release, will Mother Drysdale convince her son to have his wife locked up indefinitely? 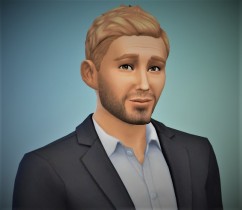 Mayhew Drysdale is the recently promoted marketing executive at WindenburgSimmington. A devoted father to young Mimsy, his marriage to Malaudia has been through some tough times due to his wife’s erratic behaviour and his mother’s constant interfering. He is very hardworking and wants to provide a stable upbringing for his daughter. As such he has recently purchased a new home for his family and moved out of his mother’s house and cut ties with her in a last attempt effort to make things work.

It was during one of Malaudia’s prolonged stays in the simitarium that Mayhew struck up a close friendship with a fellow colleague at WindenburgSimmington. That friendship grew stronger into attraction and then a full blown affair. But neither party wanted to hurt anyone and thus called time on their relationship. That colleague was, (spoiler alert!!) Brystle Hemmings, secretary and soon to be wife of the powerful Burke Simmington. They may have called time on their relationship but can those feelings ever go away for Mayhew and Brystle? And will their affair remain secret for long or, worse still, does someone already know all about it…..?

Mimsy Drysdale is the infant daughter of Malaudia and Mayhew. She has spent most of her young years raised by her father and grandmother, with her mother being almost a stranger to her. Mimsy has been heavily influenced by the spiteful Mother Drysdale who has been poisoning her impressionable young mind with spooky tales about her mother.

With Malaudia about to be re-released will Mimsy at last be able to form a bond with her mother? Or has the damage Mother Drysdale instigated been irreversible?

As well as the rich and powerful Simmington family there is another equally, if not more, wealthy family in town – the Dolby’s.

Seth Dolby is the playboy heir to the Dolby fortune and the nephew of Cyril. As a child he was friends with both Fathom and Heathen as the Dolby estate is next to the Simmington mansion. Whilst the adults of the rival 2 families were at war, the children remained the best of friends. As they grew up Seth had a crush on Fathom and they were teenage sweethearts for a time. However, where Fathom was wild and independent, Seth was more reserved. Where Fathom was unpredictable, Seth was reliable and as such Fathom grew bored of Seth and their relationship and moved on. Seth however remained in love with Fathom and still carries his unrequited love to this day. His romantic relationships with women are as brief as Fathom’s are with men as he remains hopeful that one day he will finally be able to be with her.

Seth was orphaned at a young age and was adopted by his uncle Cyril and his then wife Skankie. After recently returning from university, where he excelled in business studies, Seth joined the family business DolbyDoh!. and is second in command to his uncle. Despite having this wealth and power Seth remains level headed and is very much respected by rival businessman Burke who believes he would be very good for his daughter. Fathom however has very different ideas. Will Seth be able to woo the woman he has loved his whole life or end up in a loveless marriage?

Cyril Dolby is the long time rival of Burke Simmington in both business and love. Their history goes back to when they were young men setting up in business together. Cyril was from the already wealthy Dolby family, Burke from a poorer background. With Cyril’s money and Burke’s steely determination their first business venture together was a success. Whilst Burke did all the groundwork, Cyril put little effort in but took all the glory and credit. Seeing this, Burke took the money he had made and set up his own company WindenburgSimmington in direct competition to DolbyDoh! and thus the feud began. Whilst Burke was overseas building his empire, Cyril swooped in on Burke’s then wife and the two had an affair. Burke discovered this and made a vow to destroy DolbyDoh! and has been trying to do so ever since.

Cyril was married to Skankie at the time and when she found out about the affair she left him and has never been seen or heard of since. Cyril has remained single and concentrated on building DolbyCo to withstand any takeover from WindenburgSimmington. Not one to let an opportunity go by Cyril has been concocting an insidious plan to take over Burke’s company and he sees this through the union of Seth and Fathom. He has been secretly meeting Fathom to encourage her to enter a marriage of convenience to Seth in the pretence to heal the rift between the 2 companies. However Fathom has her eyes very much set on Cyril…

Next in our look at the characters of 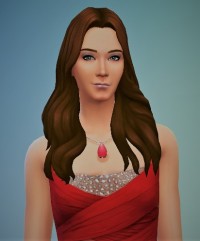 Fathom is the twenty-something year old daughter of Burke and is the apple of his eye. He greatly admires her fiery, independent nature and her devil-may-care attitude but does not take her seriously enough to be the heir to his empire Windenburg Simmington. Fathom herself feels very close to her father and greatly admires him. She is suspicious of any woman who her father becomes involved with and has seen off many of his girlfriends over the years. However ,when her father announced his engagement to his secretary Brystle Hemmings, Fathom went into meltdown and has been resentful of his father’s fiancée from day one. She makes it her mission to ensure Brystle has the most miserable time as possible in the hope that she will finally leave her father.

When she’s not making her future step-mother’s life unbearable, Fathom can usually be found in the hottest night clubs around where she is seen as a celebrity it girl. She likes to party hard, loves to look fabulous and flirts with every man around. Not one for settling down any time soon, Fathom is avoiding the amorous advances of Seth Dolby, the famous playboy nephew of her father’s billionaire rival Cyril Dolby. Cyril would love for Fathom to marry his nephew to tie the two families together but Fathom has her eyes currently set on the much older Cyril….. 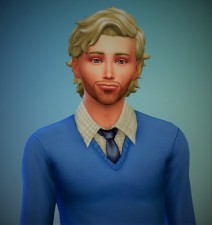 Heathen is the younger, more sensitive of the Simmington siblings.  He is very close to his older sister who has looked out and protected him ever since their mother left them after divorcing their father. He is however the polar opposite of the outgoing Fathom – he is introverted, shuns the spotlight and would rather be doing something creative than strutting his stuff on the dancefloor.  Heathen does not have a close relationship with Burke as he does not want to follow in the family business and is in fact embarrassed about the family wealth. So with barely a simoleon in his pocket Heathen left the family mansion to lead his own life in San Myshuno city pursuing the arts and culture instead of business and politics.

Heathen has returned to the family home after several years away to attend his father’s wedding and also to get over the break up of his long term relationship with his partner Fred Rimmard. Could there finally be a reunion between estranged father and son? Can Burke mould his son into the man he wants him to be? Or will Heathen return to the city and continue with is living his life his way?

primarily tells the tale of the mega rich and powerful Simmington family of Windenburg and their dealings and interactions with 2 other families in the area – the equally rich Dolby family and the working class Drysdale’s. Let’s meet the cast, starting with the 2 leading characters: 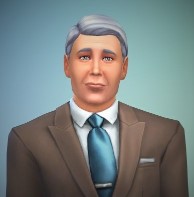 Burke Simmington, self-assured patriarch of the Simmington clan. Some would say ruthless, others charming,  Burke built his business empire WindenburgSimmington, from scratch and is one of the richest men in all of the Sims world. He is father to 2 grown up children and raised them alone, since they were children after divorcing his first wife. His daughter, Fathom, is the apple of his eye but he fails to understand his son Heathen and as such he is at constant odds with him.

The story begins with the wedding of Burke to his second wife, his former secretary, Brystle. He adores her and is determined to make his second marriage a success despite the doubts of his jealous daughter.

Burke plays his cards close to his chest and is always two steps ahead of everyone in both his personal and professional life. There is no secret he won’t find out but what secrets of his own does he have?

Brystle Simmington, nee Hemmings, the softly spoken virtuous 2nd wife of Burke. Some would say this former secretary of WindenburgSimmington was too innocent and naive to be marrying into the scandal ridden Simmington clan. Others say she woohooed her way to the top, but what is the truth?

Hailing from the small seaside town of Brindleton Bay Brystle was raised with wholesome small town values. She likes to see the good in people and hates confrontation. She struggles with Burke’s daughter Fathom’s hatred of her. She also is finding it daunting to assume the position of mistress of the mansion and feels she is living in the shadow of the former Mrs Simmington whose presence is still felt throughout the house. Will she be able to win Fathom around and step up into the demanding role of a billionaire’s wife? And what of the rumours of her affair with an unnamed married man? Will this be the next scandal to hit the Simmington clan? 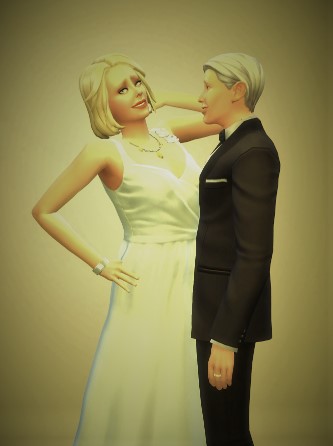 “I have created a business empire from nothing. If I started from scratch tomorrow I would have a million Simoleons by the end of the month and a billion by the end of the year. You have to be ruthless in this world to succeed.”

END_OF_DOCUMENT_TOKEN_TO_BE_REPLACED

“I will soon be the next Mrs Burke Simmington and I should be happy but I feel there is a storm coming….” 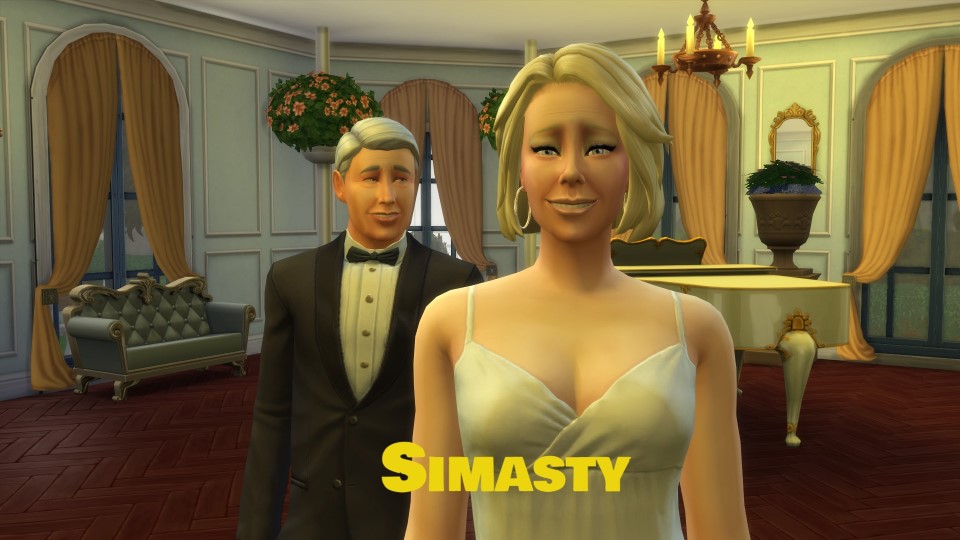 “You may have banished me from my children, and from Windenburg, Burke Simmington but I promise I will return and claim what is rightfully mine. Just you watch me!!” 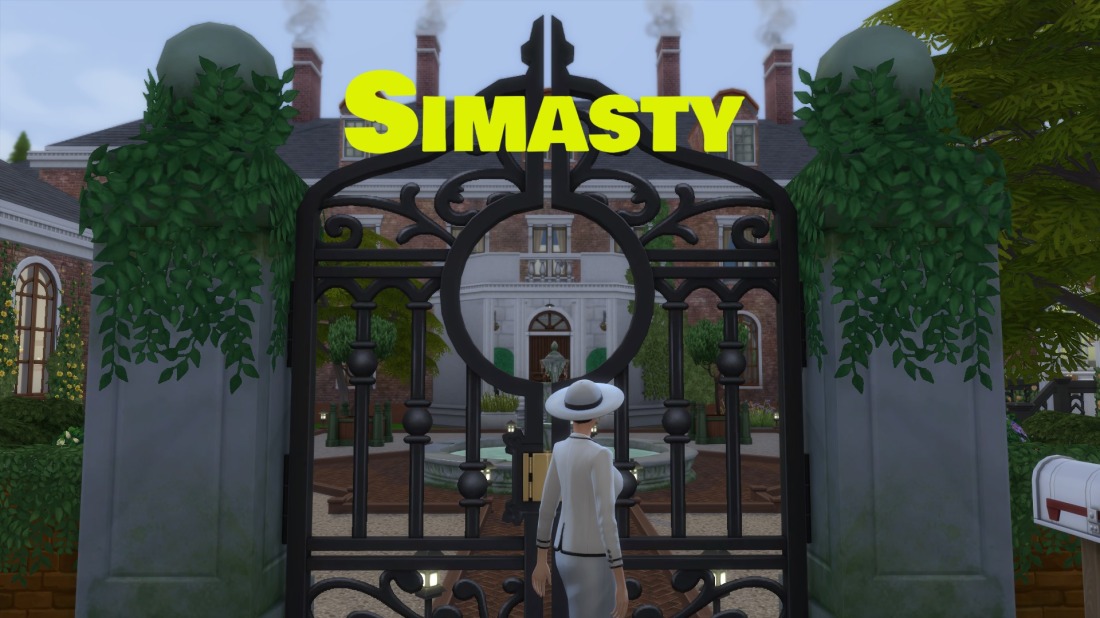